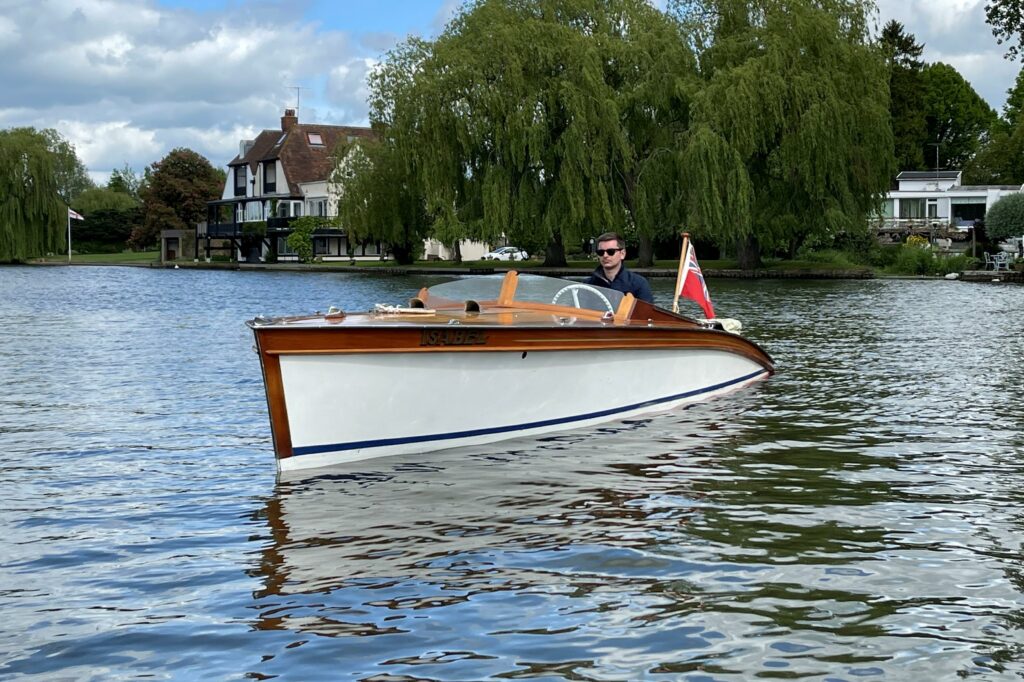 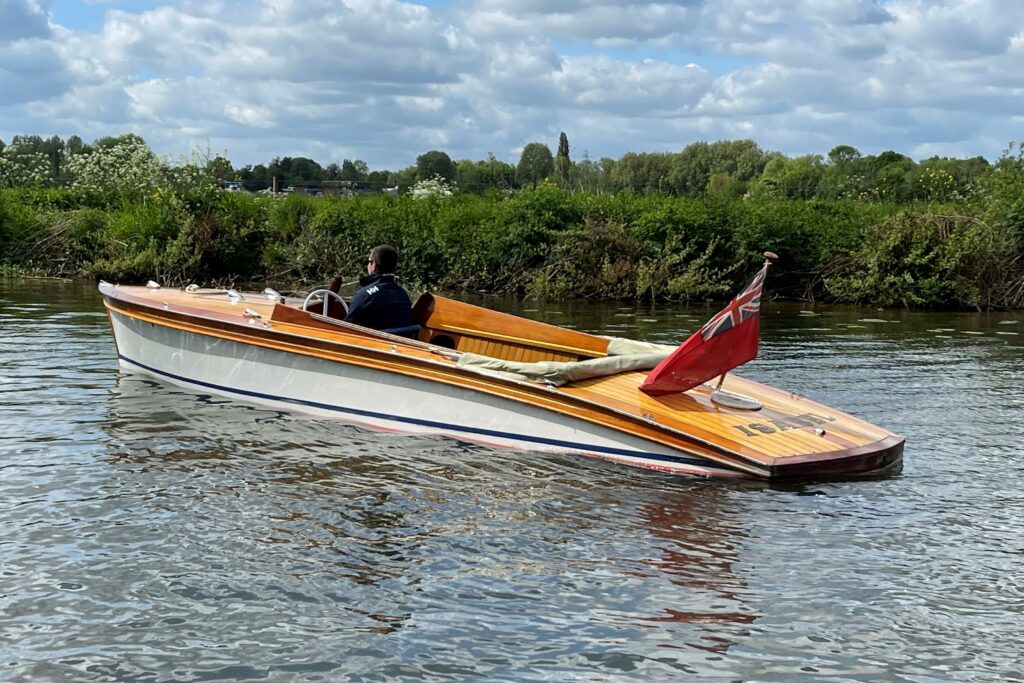 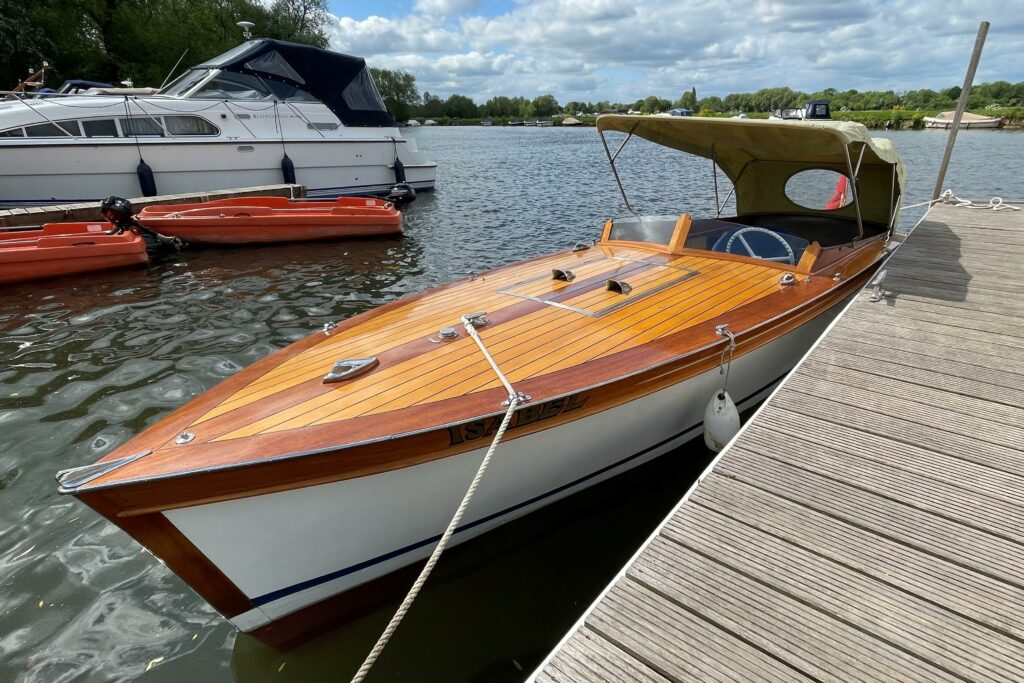 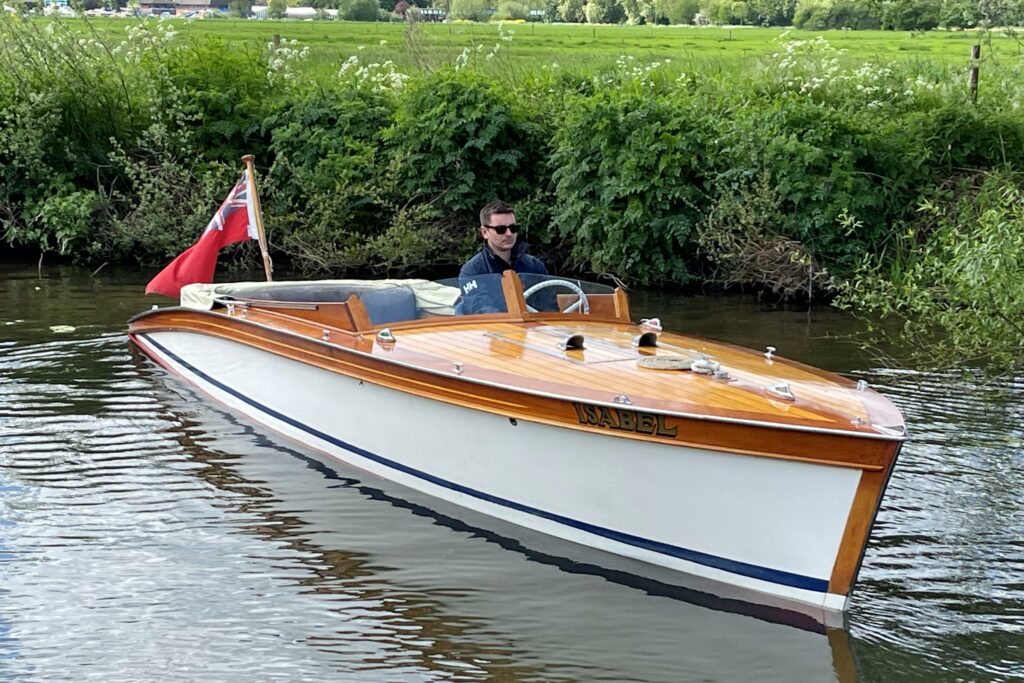 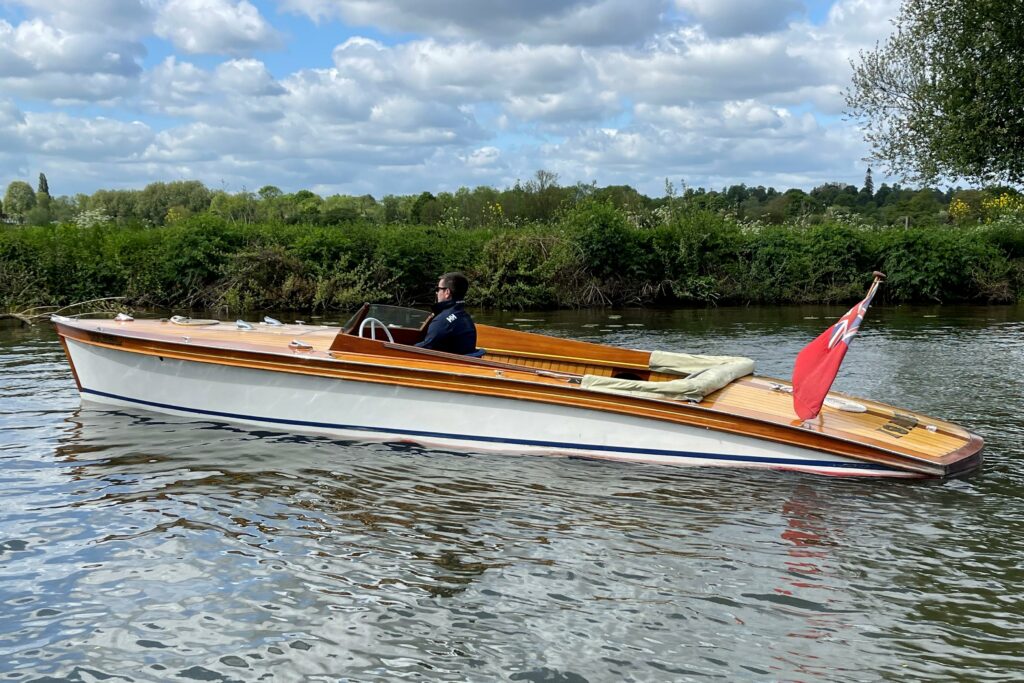 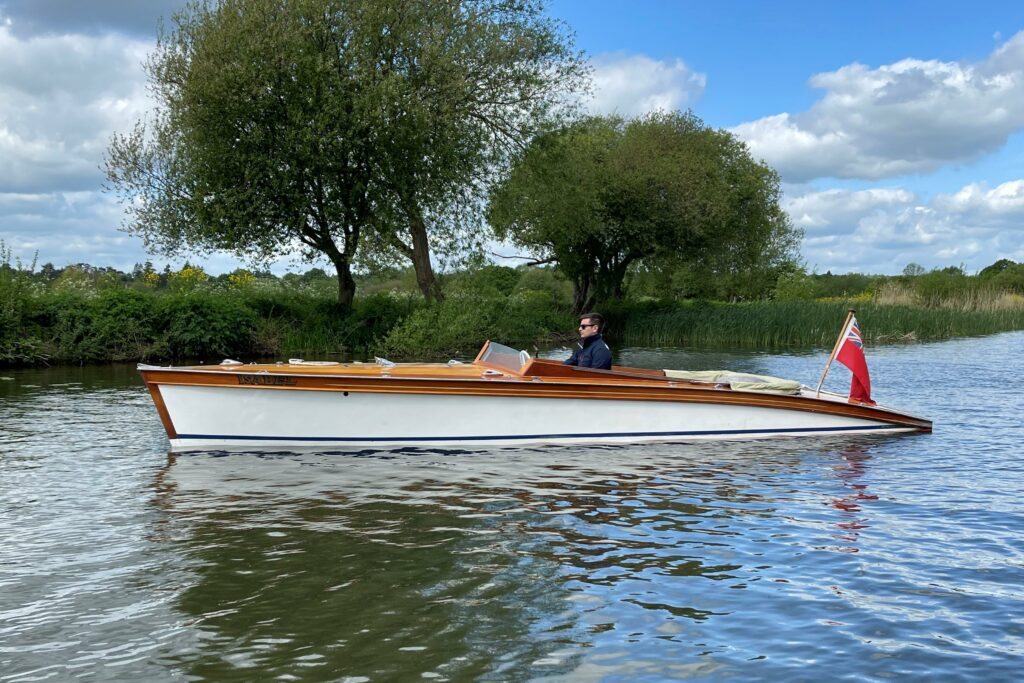 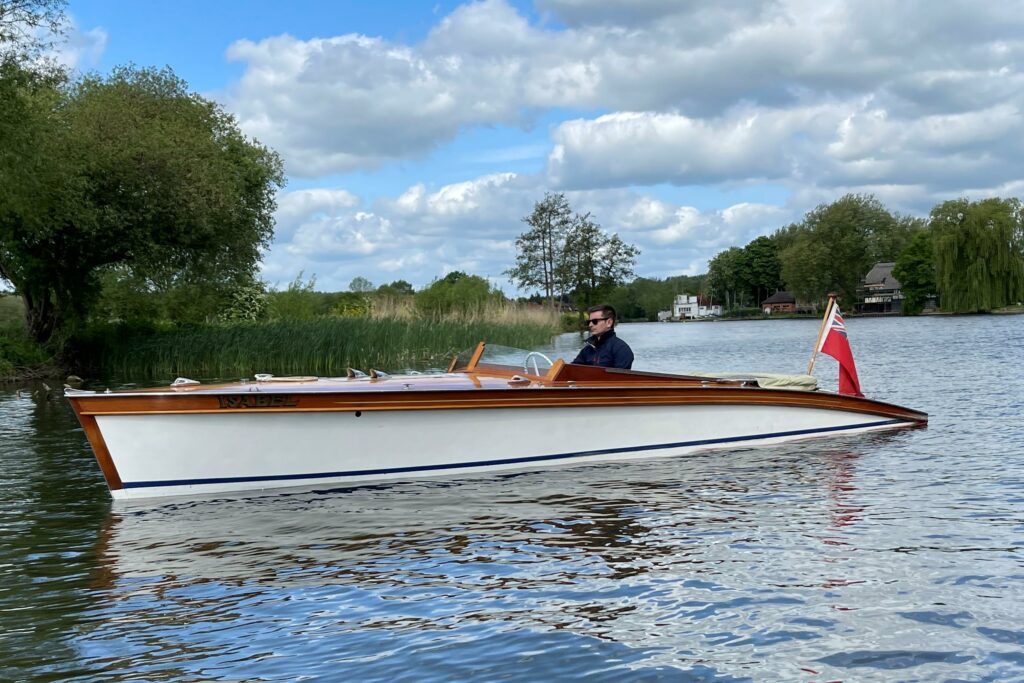 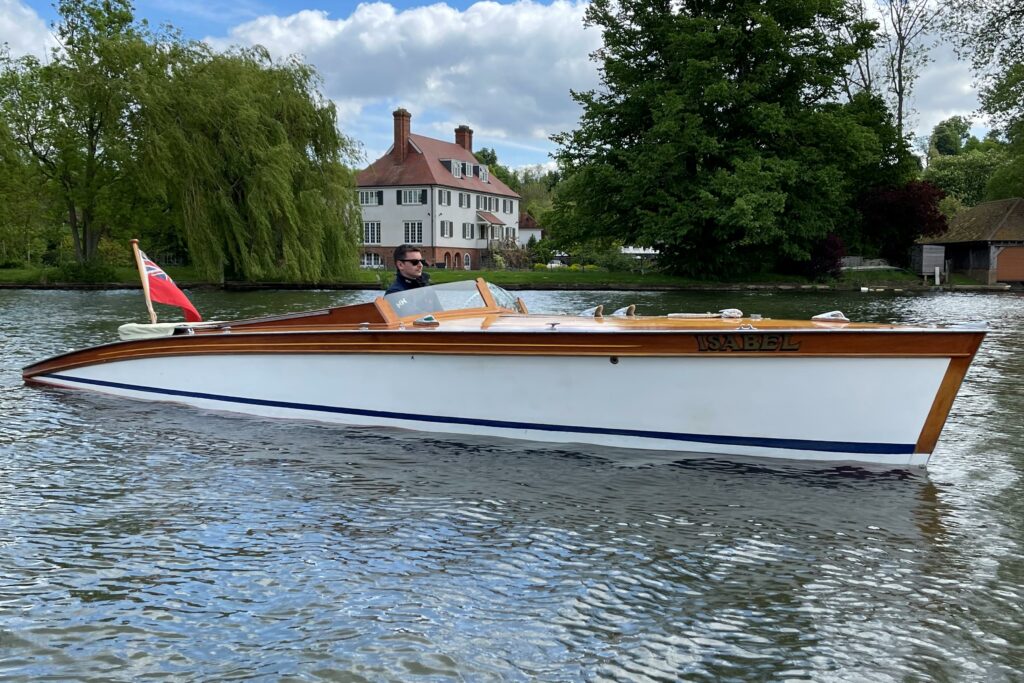 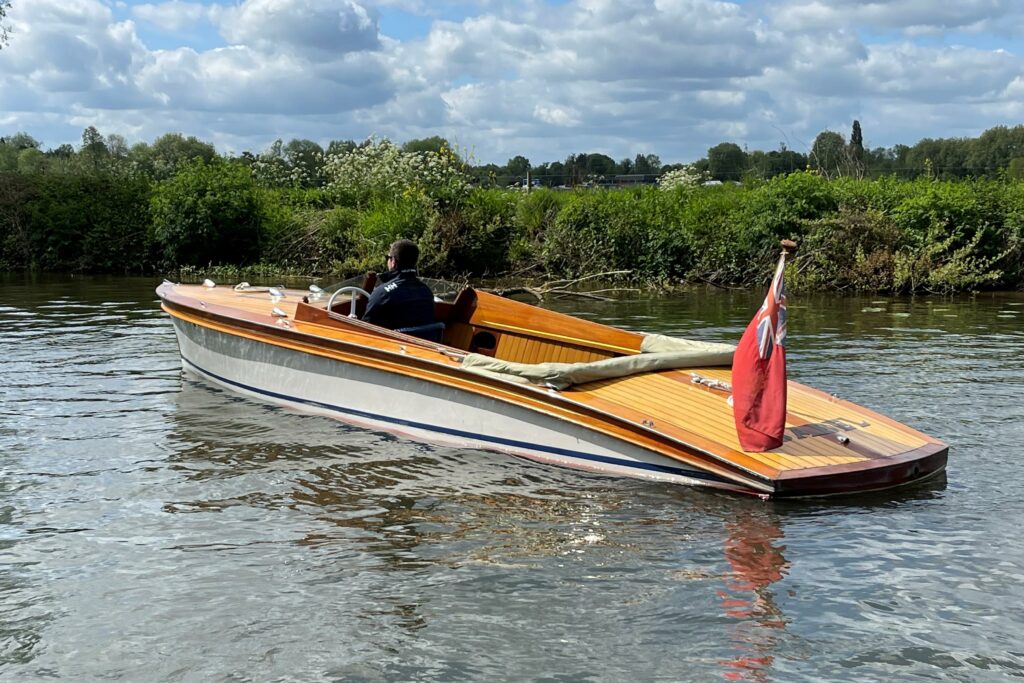 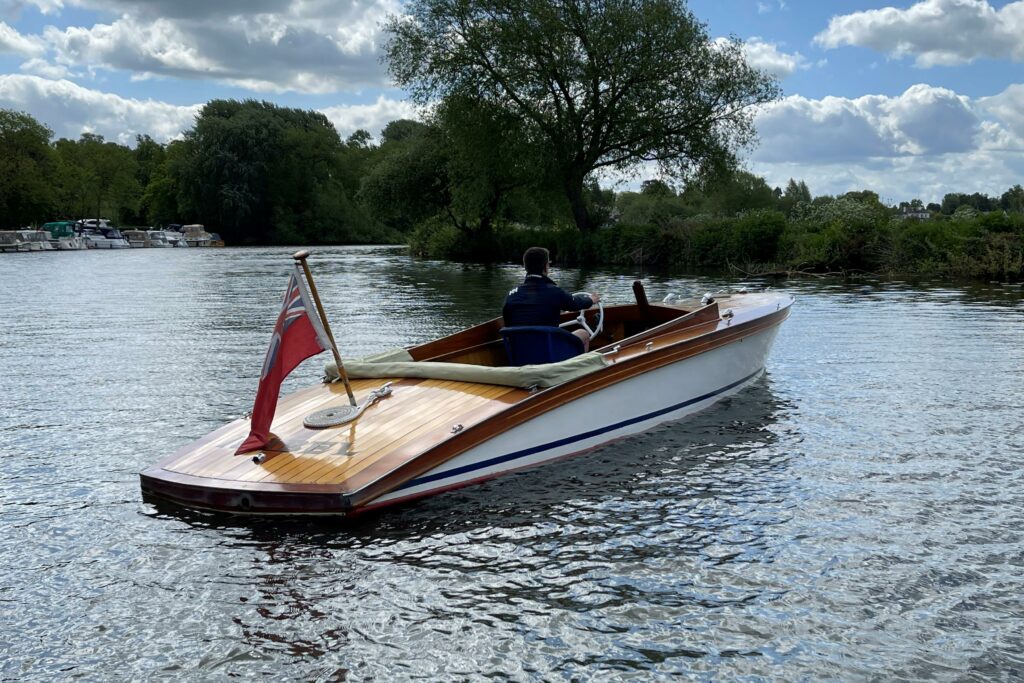 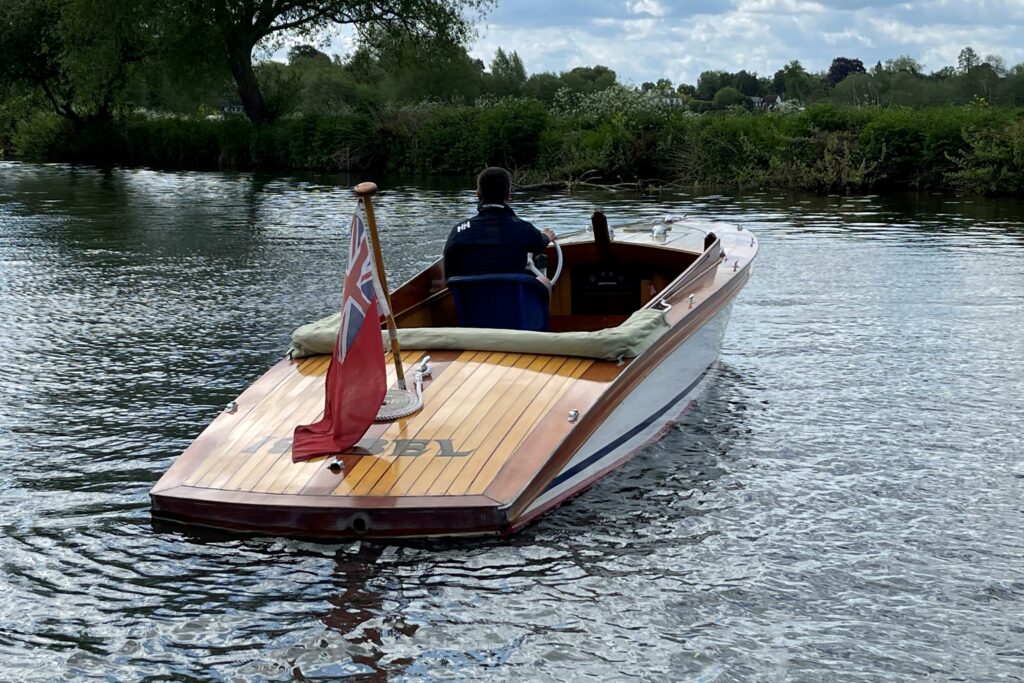 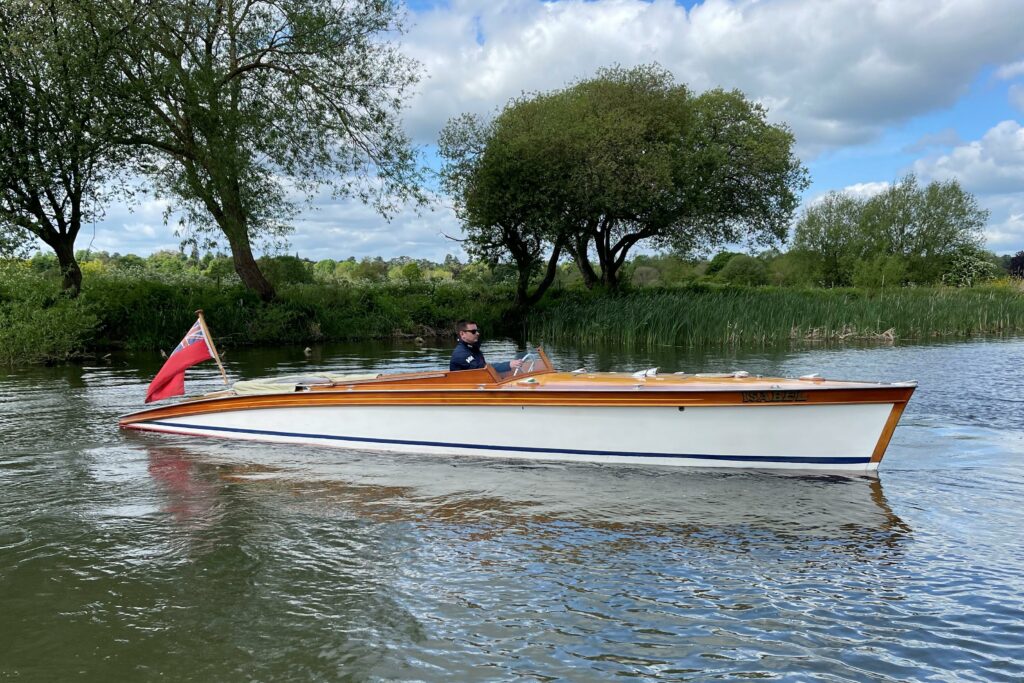 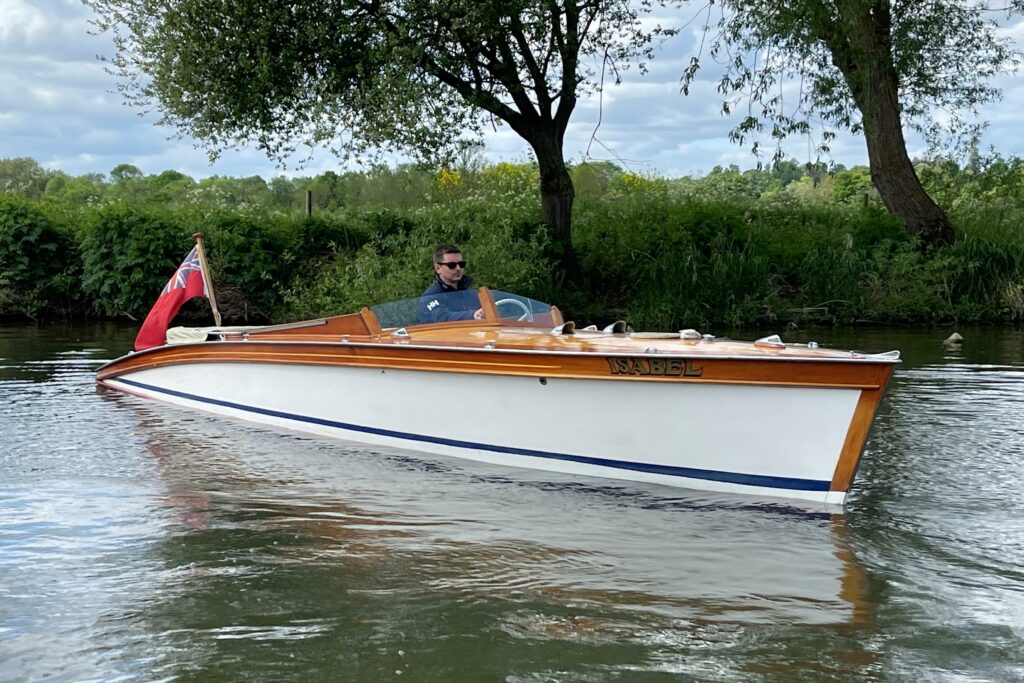 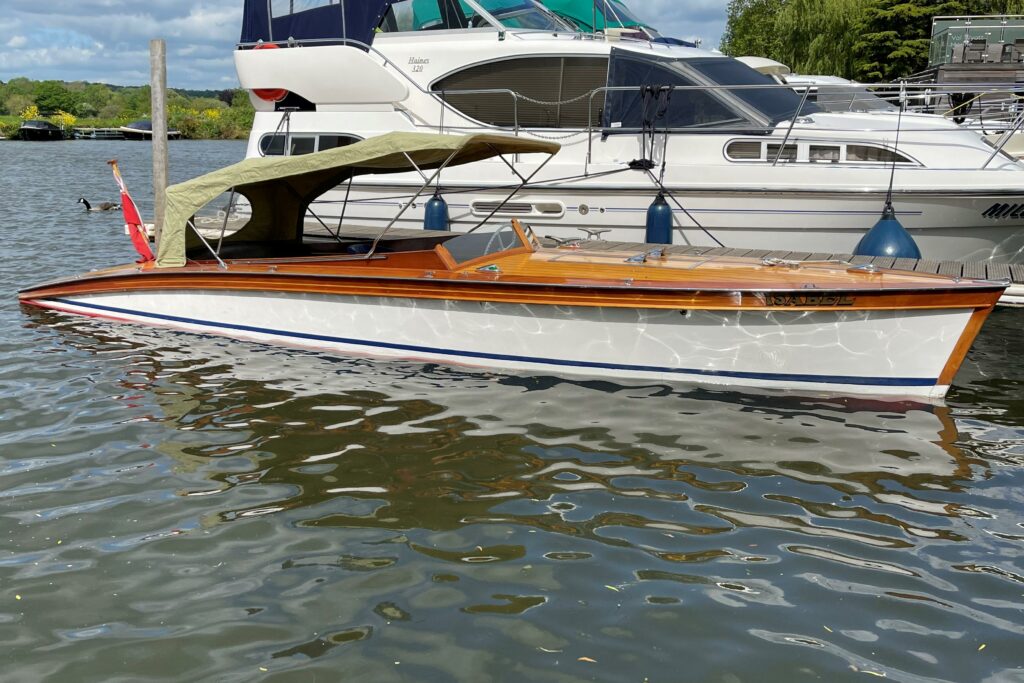 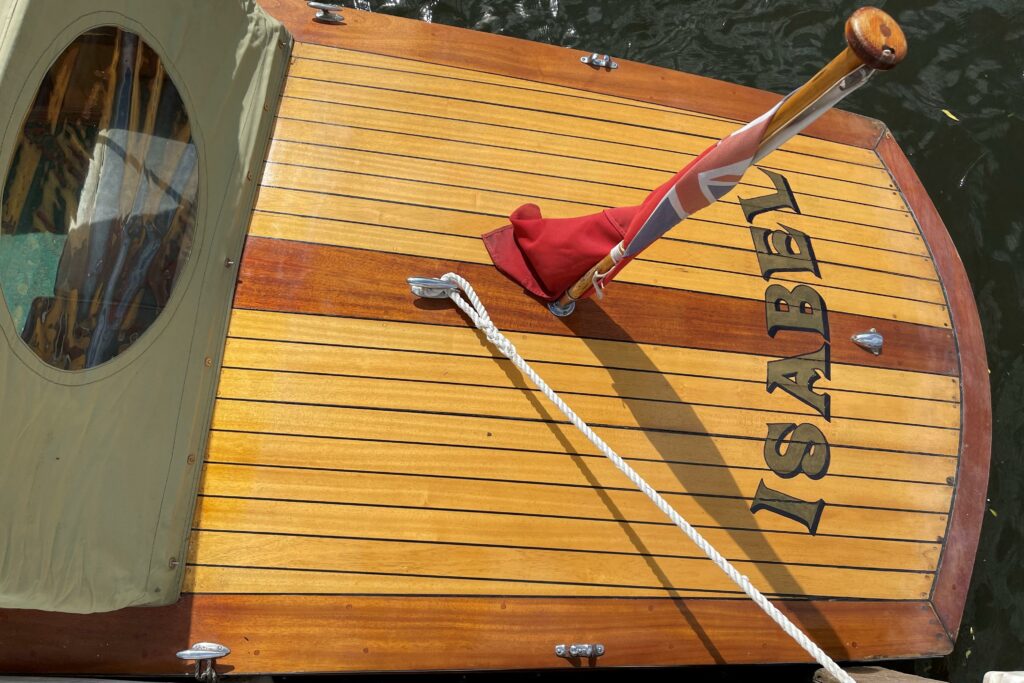 Isabel has been built to traditional specifications but with a GRP hull, resulting in greatly improved practicality and reduced maintenance costs. The mould for the hull was made from an Andrews 25 ft launch. The deck and cockpit is finished to a traditional Andrews specification, Mahogany and Obeche deck with traditional ‘bullet’ shaped cleats and Lucas ‘motorbike’ style navigation lamps.

Boat Safety Certificate - Valid until May 2023

Engine will be serviced pre-sale

Isabel was constructed as a copy of an Andrews 25 and features four wicker chairs and a rear bench, in the sides there are fitted 4 tear drop cubby lockers and the windscreens are of the traditional Andrews curved top finish.

The engine is believed to be an early vetus 3 cylinder diesel possibly repurposed for the craft. The date of the craft is unknown but understood to be 1993.

Design and History: The Slipper Launch is a traditional river Thames craft. It is a long, thin boat of low free board where the stern curves elegantly down to the waterline. The hull is a ‘low wash’ design to maximise efficiency with the relatively low power originally available. Most slipper launches were open river or lake boats but a few were built with cabins. Slipper Launches were very popular in the 1930’s to 1950’s, and they are still being built today. Isabel is one of these replica slipper sterns. The Langley hull is a fibreglass mould taken from an original Andrews 25. Isabel features some of the original Andrews fittings and the timber work has been finished to emulate an original Andrews 25. The prototype slipper launch was built in 1912 by John Andrews of Bourne End on the river Thames.

In this transaction we are acting as Brokers only. Whilst every care has been taken in their preparation, the correctness of these particulars is not guaranteed. The particulars are intended only as a guide and they do not constitute a term of any contact. A prospective buyer is advised to check the particulars and specification and where appropriate to have the vessel fully surveyed/trialed and inspected. 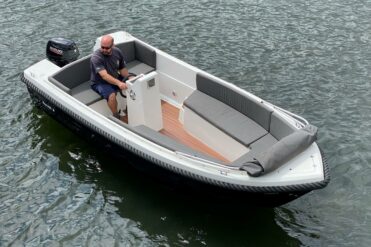 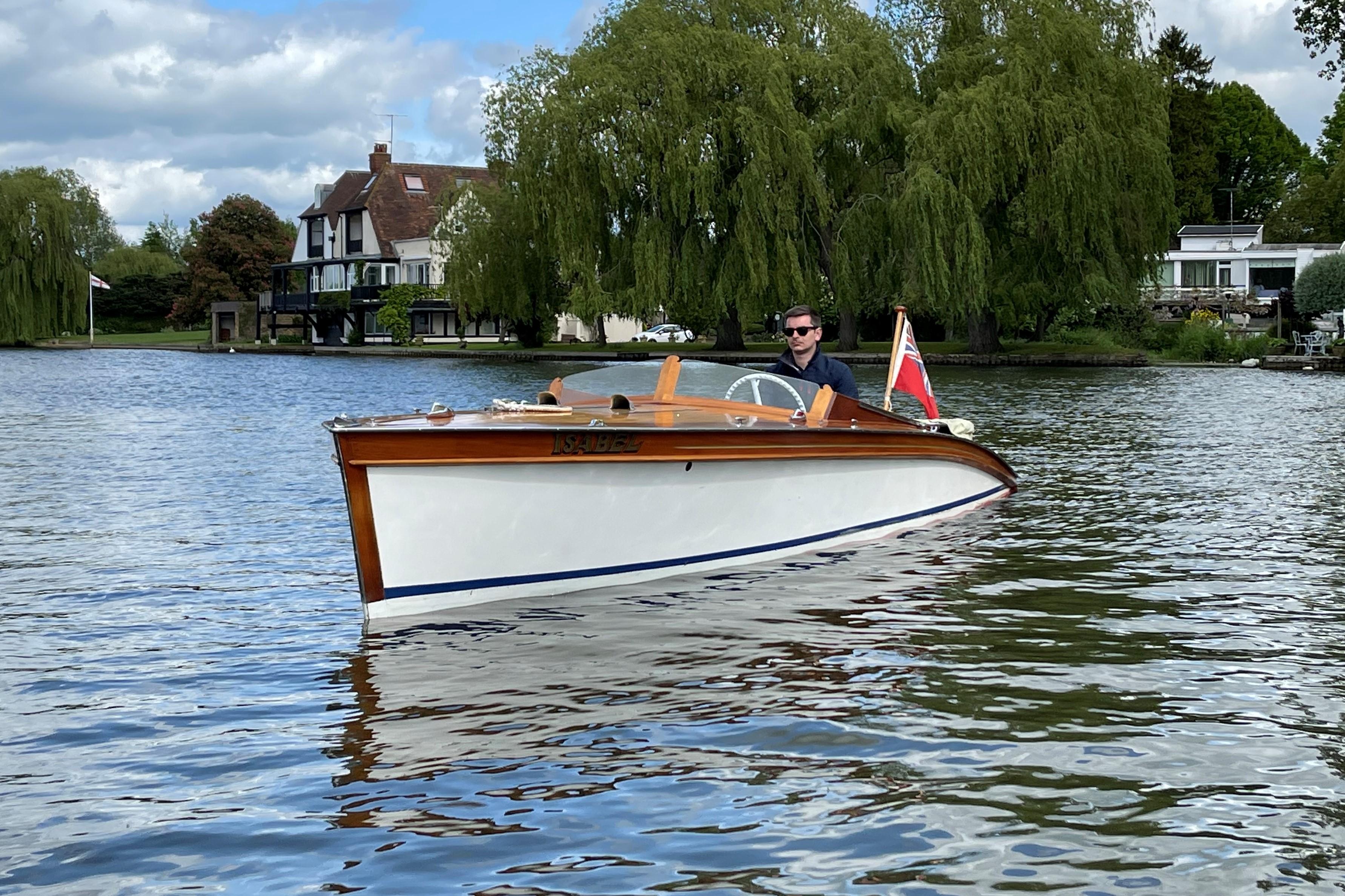 Thank you for getting in touch

We will respond to you as soon as possible.