Interboat has received a double whammy of recognition at MBY’s “Motor Boat Awards 2015” – and we are ecstatic about it!

Our very popular handmade social cruiser won the Boat of the Year in its category beating the likes of the Sheerline 955 and Hardy 40DS.

What the judges said:

Quirky isn’t always a good thing but when allied to a host of more traditional qualities it helps elevate the Intercruiser 29 from being just another very capable river cruiser to something much more interesting. 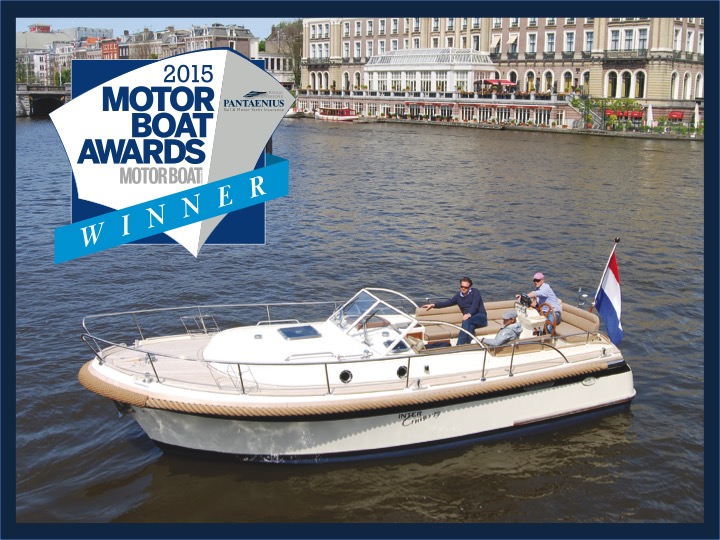 It has a Category B RCD rating, which means it’s more than capable of tackling some pretty serious seas.  Specify the top of the range 330hp Volvo D6 engine and it will be equally at home powering through the Solent at 25 knots as pottering along the Thames at 6 knots.

Wherever you choose to use it, that big open cockpit with acres of seating down both sides will come into its own.  People like to go boating when it’s sunny, not blowing old boots, and that means a big cockpit where people can stretch out, move around safely and enjoy being outside, not cooped up down below.

The deep seats backs and substantial freeboard means it’s as safe as it is comfortable and, like most Dutch built boats it has a reassuring solidity to the way it drives and handles.  Yet there’s also a surprisingly roomy cabin down below with a double berth, seating and separate toilet compartment.  An unlikely party boat, maybe, but an extremely good one nonetheless.

Interboat never shy away from innovation, but when the NEO first appeared last year it did leave a few people a little unsure of what exactly it was.

During 2014 the NEO has received fantastic reviews (boats.com did a very real review which you can read here). It won the “Boat of the Year” at the HISWA Motor Boat Awards 2014; and been praised by the industry and customers alike for its innovation, spaciousness, and, true to Interboat style, its handmade quality.

To be awarded a Highly Commended from MBY against stiff competition is not only fantastic for the brand, but also recognition for how special this boat is. It’s a game changer.

What the judges said:

The idea of transforming a traditional shaftdrive Dutch sloop into a fast, funky, modern deck boat sounds bonkers but somehow Interboat has pulled it off. 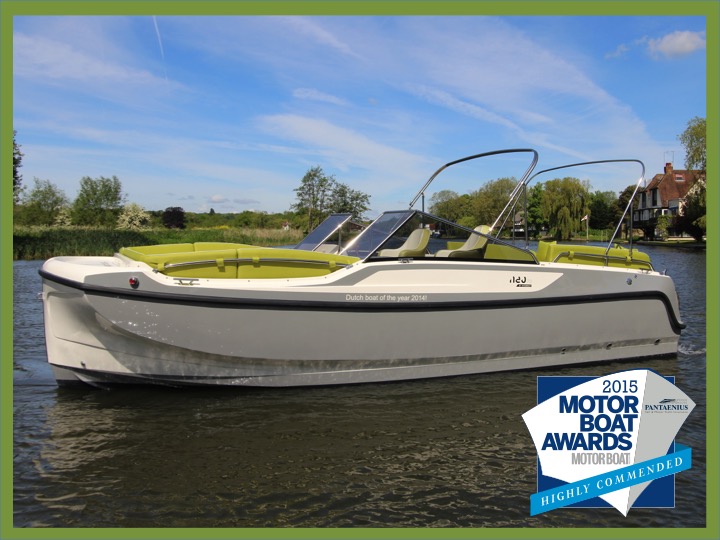 The resulting Neo 7 retains the solid build, secure handling and classy finish which the Dutch are famous for and adds a supremely spacious and adaptable deck layout.  The ace up its sleeve is an engine range from 27hp to 170hp.  Wakeboarding anyone?

The winners of the 2015 Motor Boat Awards were announced at a dinner hosted by Time Inc UK, the publishers of Motor Boat & Yachting magazine at the Landmark Hotel in London with an audience of over 250 international guests.

A panel of five highly experienced marine journalists were responsible for sea-trialling all 57 of the finalists before selecting the winning craft. The international nature of the event was reflected with winners from Scandinavia, Germany, France, Holland, Italy and the UK. 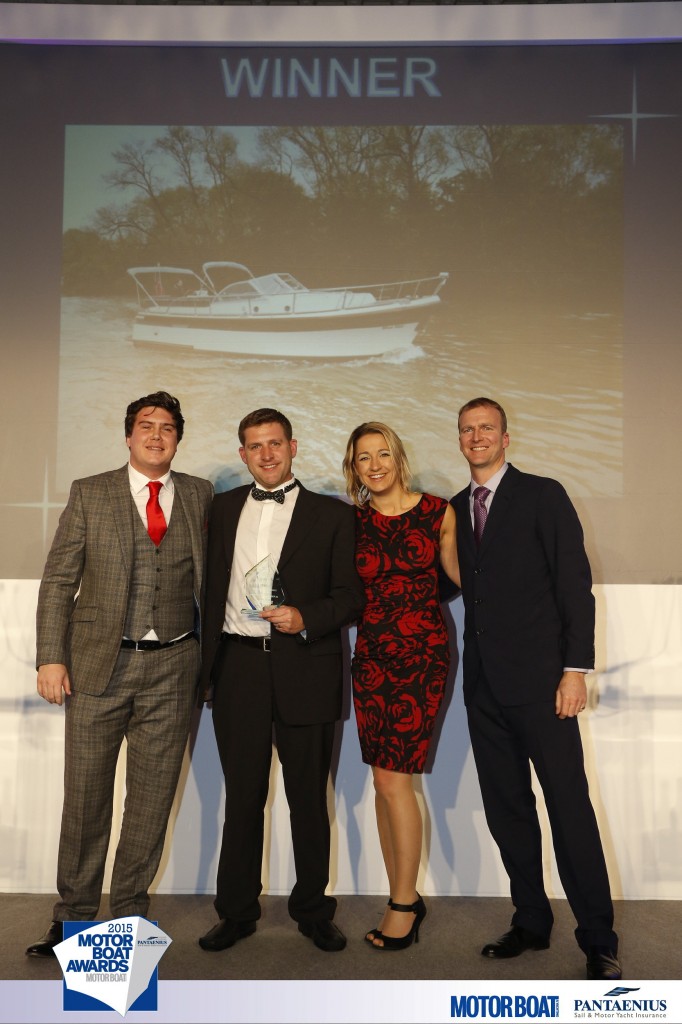 If you’d like to see these superb boats for yourself, or any of the Interboat range, contact us to arrange a time to pop down to our marina.